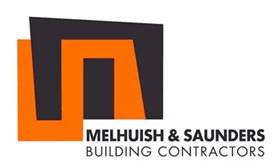 Making sure the job gets done

Melhuish & Saunders is a commercial builders mainly working in the education sector. We've been working with them for a number of years, providing temporary labour on an ad hoc basis. They've used different agencies in the past but they say they keep coming back to us because we're reliable, cost effective and willing to go the extra mile.

"Reliability is the most important factor when it comes to whether we'll keep working with an agency" says MD Darryl Mitchard. "We've had problems in the past with different agencies being unreliable, saying they're going to send a guy and then no one shows up. When you phone them they say, 'Oh yeah, sorry - we couldn't get anyone.' Well why didn't you tell us?

"Another challenge getting casual labour is finding good guys, guys that know what they're doing, that want to work, not just sit on their phones all day. We've had a good rapport with Darcy because most of their guys are of that ilk, they want to work. Other agencies aren't always the same."

Doing what it says on the tin

"In fact, there was a guy supposed to come down recently to clear some bits and pieces and he couldn't make it - so one of the guys from Darcy Associates actually came and gave our man a hand to get the work sorted. Not many companies would have done that."

"They train their guys up too, so they come with the bits and pieces that they need like Health & Safety training. And they're cost effective. I would definately recommend them to anybody. At the end of the day they do a good job and we like working wit them. What more can you want?"